Try out our new Video Training! 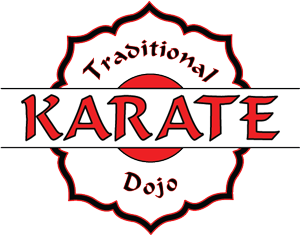 We honor those who have paved the path for us to follow.

Dr. Richard Kim, Hanshi was one of the last from this long heritage of masters. As a Busen graduate with over seventy years of experience, he was considered the master of masters. O’Sensei (great teacher), as he was called, studied with great masters, including Kaneko, Kentsu, Ara-kaki, Tachibana, Lai, Yuan, and Yoshida who was Kim’s teacher of Daito Ryu Aikijujitsu and who he considered to be his primary sensei. His experience also included mastery of several karate styles, judo, tai chi, pakua, kobudo, and even a professional boxing career. His teachings reflected such, although he primarily stressed karate, kobudo and tai chi.

Our Mission
The specific purpose of the Zen Bei Butoku-Kai International is to advance the study of traditional Karate, T’ai Chi Chuan, Chi Gong, Aiki-Jujutsu and Budo, and to foster the growth of these martial arts taught by Master Richard Kim.

Kim was a international representative of the Dai Nippon Butoku-Kai until his resignation in the early 1990’s, establishing branches in the United States, Canada, Germany, and France. In 1959 he moved from Japan to San Francisco and later to Sacramento, where he settled permanently. He was also a distinguished author several times over, starting with his first book, The Weaponless Warriors. Kim was also the founder and president of the Zen Bei Butoku-Kai (All-American Martial Virtues Association), which is also dedicated to preserving the ancient traditions of the martial arts. With the unfortunate passing, of Kim (November 2001) his senior students continue to uphold his standards by carrying on the traditions of the Zen Bei Butoku-Kai and maintaining the five martial virtues of respect, compassion, gratitude, integrity, and honor. One of these students is Sensei Brian Ricci, who is the current president of the Zen Bei Butoku-Kai International. Sensei Slicker’s instructor, Sensei Dean Romanelli, is a direct student of Sensei Brian Ricci.

There are no upcoming events to display at this time.

OSensei Richard Kim was such an artist. His completed artistic work, his life, went far beyond what most people could ever hope to imagine let alone accomplish. If the student must surpass the teacher in order to pay his debt to him then OSensei Richard Kim set the bar very, very high. He was a judo-ka, a boxer, a soldier, a karate master, a priest (video 2001), a Ph.D. in oriental philosophy (Warrener 1982: 65), a writer and lecturer, was able to speak six languages (Ricci, May 17, 2005) and was a martial arts sensei.

OSensei Richard Kim was born in Hawaii on November 17, 1919 (Warrener 1982: 91) of a Korean father and Japanese mother. His father was a landscaper and his mother owned a hotel (Ricci, May 4, 2005). The basement of the hotel was rented to a judo instructor named Tachi Bana. When OSensei Kim was six years old his mother enrolled him in judo classes.

Sensei Brian Ricci has continued his teacher’s work in propagating the martial arts. The majority of OSensei Richard Kim’s students now train with Sensei Brian Ricci. The Zen Bei ButokuKai International summer camp at Guelph University continues to be held every year and has grown under the care of Sensei Brian Ricci and Sensei Frank Gaviola with students from all over North America attending.

The head instructor at Romanelli’s International Martial Arts is Sensei Dean Romanelli. Romanelli has studied the martial arts for over half of his life. His primary studies include Karate, Kobudo (weaponry), Tai Chi, Aikido, and Modern Arnis. He currently teaches and holds black belt levels in all of these arts. Sensei Romanelli has also had the opportunity to learn and study Iaido (Japanese sword), Jujitsu (grappling), & Aikijujitsu. Throughout his continual learning and teaching he has come to realize that no form of martial art is better than the other. All martial arts relate and connect with one another and they all have something great to offer. It is for this reason that Romanelli refuses to specialize and continues to explore all avenues that the martial arts have to offer.

The second instructor at International Martial arts is Mr Tony Romanelli. Mr Romanelli has been involved with the martial arts for well over a decade and has been a part of Sensei Romanelli’s staff from the beginning. When Sensei Romanelli first founded the school in July of 2002 it was Mr. Romanelli who stepped up to the plate and rose to the occasion. In the coming years, he transformed himself into not only a very talented an skillful individual, but also as one who spreads that talent and skill to others. Prior to teaching with Sensei Romanelli, Mr. Romanelli was the student of several instructor training programs and served as a martial arts instructor for local YMCS programs. Mr. Romanelli currently hold black belt levels in karate, kobudo (weaponry), and aikido.

The head instructor at Traditional Karate Dojo is Sensei Brandon Slicker. Slicker has been doing the Martial Arts almost all of his life and teaching for over half of it. Slicker has taught in a functioning school with a student base of over 300 and has modeled his school on their success. Slicker has also taught at three YMCA’s bringing the programs up into a successful and important program for the establishment.

With black belt ranks in both Karate and Kobudo, Sensei Slicker has also had the opportunity to learn and study many other Martial Arts with black belt ranks in, Aikido, and Tai Chi. As well as other ranks in Modern Arnis, and Aikijujitsu. Although Sensei Slicker is very dedicated to the Traditional Japanese Karate he has had many influences from other martial arts .

In our Martial Arts school the focus is on YOU – your personal goals for fitness, self mastery, self esteem, and the attitude of gratitude towards life in general.

Martial Arts are the best way for reducing stress and getting fit very quickly. And they love the increased flexibility they thought was gone, along with losing body fat and unwanted inches.